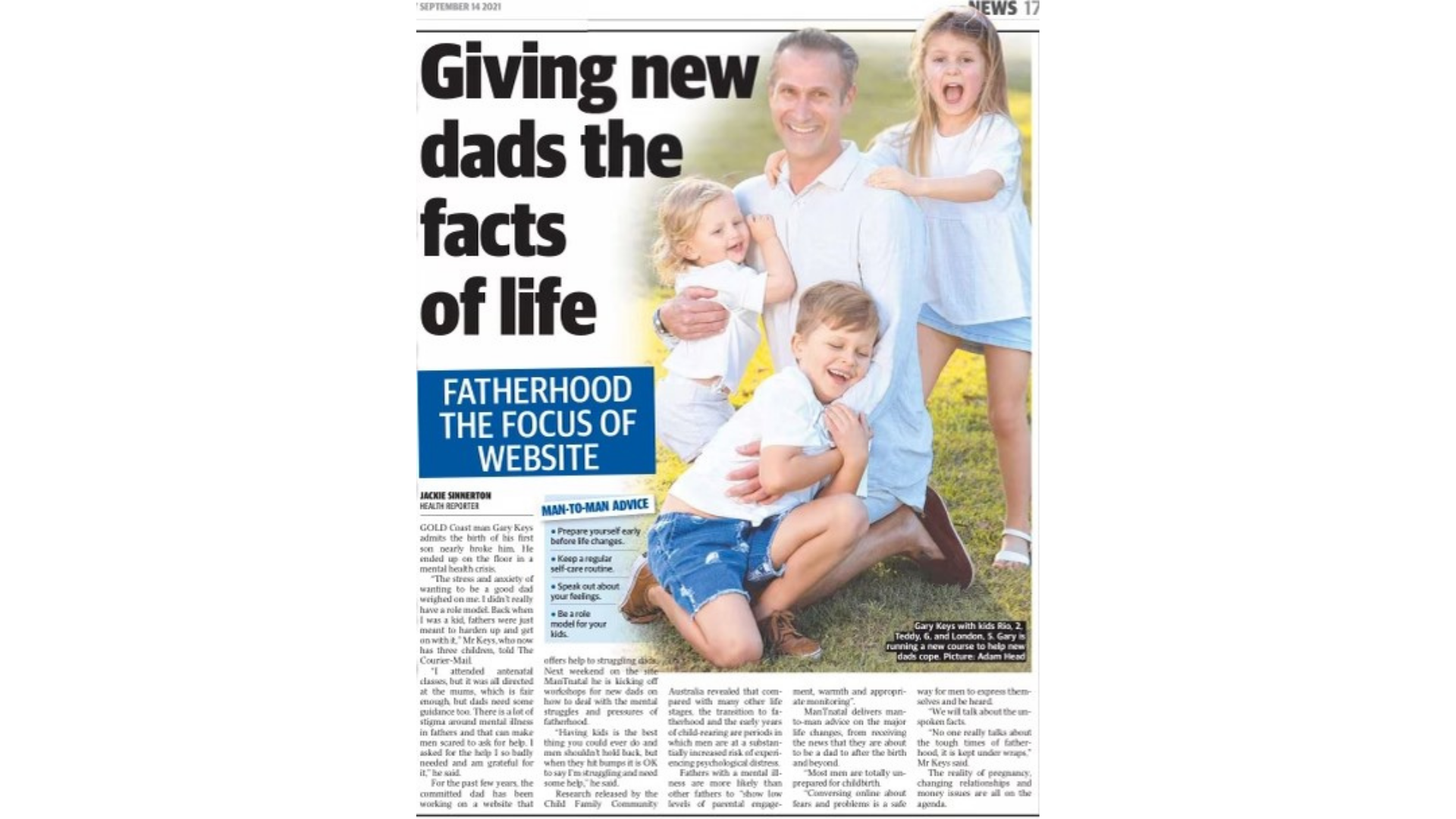 Gary Keys admits the birth of his first son nearly broke him and he ended up on the floor in a mental crisis.

Gold Coast man Gary Keys admits the birth of his first son nearly broke him. He ended up on the floor in a mental health crisis.

“The stress and anxiety of wanting to be a good dad weighed on me. I didn’t really have a role model. Back when I was a kid fathers were just meant to harden up and get on with it,” Mr Keys, who now has three children, told The Courier-Mail.

“I attended antenatal classes, but it was all directed at the mums which is fair enough, but dads need some guidance too. There is a lot of stigma around mental illness in fathers and that can make men scared to ask for help. I asked for the help I so badly needed and am grateful for it,” he said.

For the last few years, the committed dad has been working on a website that offers help to struggling dads. Next weekend on the site ManTnatal he is kicking off workshops for new dads on how to deal with the mental struggles and pressures of fatherhood.

“Having kids is the best thing you could ever do, and men shouldn’t hold back but when they hit bumps it is okay to say I’m struggling and need some help,” he said.

* Prepare yourself early before life changes

* Speak out about your feelings

* Be a role model for your kids

Research released by the Child Family Community Australia revealed that compared to many other life stages, the transition to fatherhood and the early years of childrearing are periods in which men are at a substantially increased risk of experiencing psychological distress.

Fathers with a mental illness are more likely than other fathers to “show low levels of parental engagement, warmth and appropriate monitoring”.

ManTnatal delivers man to man advice on the major life changes, from receiving the news they are about to be a dad to after the birth and beyond.

“Most men are totally unprepared for childbirth. Conversing online about fears and problems is a safe way for men to express themselves and be heard. We will talk about the unspoken facts. No one really talks about the tough times of fatherhood, it is kept under wraps,” Mr Keys said.

The reality of pregnancy, changing relationships and money issues are all on the agenda.